Project SCUM was a devious plan proposed by the R. J. Reynolds Tobacco Company (RJR) to sell cigarettes to members of the "alternative lifestyle" areas of San Francisco, CA, and in particular the large number of Gay people living in the Castro area and the homeless people found in the Tenderloin.

An anti-smoking campaign called The Truth targeted R. J. Reynolds for Project SCUM, arguing that it not only showed the usual exploitative tobacco marketing techniques but added to them an explicit contempt, or even hatred, for the people for which it was trying to market its products.


What do you think? Submit your vote at: ugly truth

Cole Durkee
Pointing out the fool and folly of nicotine addiction 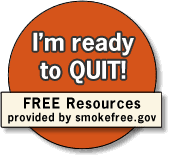